For female prisoners, life behind bars has gradually improved since the United Nations Rules for the Treatment of Women Prisoners and Non-custodial Measures for Women Offenders, better known as the Bangkok Rules, were adopted at the UN General Assembly back in 2010.

Started in 2006 when Her Royal Highness Princess Bajrakitiyabha Narendiradebyavati initiated the “Kam Lang Jai” or “Moral Support” project in the belief that the justice system is a mechanism to protect the individual’s rights, the Kam Lang Jai project campaigns for the public to support the reintegration of prisoners and offenders successfully into society. The project focuses on providing prisoners and offenders with skills training that will enable them to make a living after release, as well as an understanding about the sufficiency economy philosophy to help them adopt a lifestyle of moderation and a mindset that will deter them from repeating offenses.

Expanding further on the Kam Lang Jai initiative, in 2009, Her Royal Highness Princess Bajrakitiyabha Narendiradebyavati contributed significantly to the betterment of prison conditions for female inmates, through efforts that led to the submission of a resolution to the Commission on Crime Prevention and Criminal Justice, a subsidiary body and functional commission of the UN Economic and Social Council. Called the Bangkok Rules in recognition of the individual who pushed so hard for these improvements, the resolution addressed vulnerabilities of women in prisons that were built principally for men. After a series of meetings, the UN General Assembly adopted the first set of rules focusing on women prisoners a year later.

That adoption led to a series of improvements for women behind bars.

Gender-specific sensitivity has increased as the number of female prisoners rises. According to the Department of Corrections to date, there are around 380,000 prisoners in Thailand. Among them, approximately 48,000 are female, representing slightly over 12 percent. The majority are serving sentences of between 2 and 5 years and, surprisingly, about 80 percent of them are mothers with newborn babies.

Prisons were built back in the days when almost all prisoners were male, meaning that the facilities and treatment of prisoners were centred on the male population. Although the number of female prisoners has increased, both male and female prisoners were, for many years, treated the same. The concept of gender-specific physical vulnerabilities of women did not exist. There were no specific guidelines on how to conduct search on female inmates, how a prison should treat pregnant inmates, or what facilities should be provided for new mothers.

However, since 2010, Thailand has made remarkable progress in improving the facilities and treatment of female prisoners, especially in terms of healthcare, the treatment of women with specific conditions such as pregnancy, and the provision of facilities to support those with a young child.

Measures have also been introduced to reduce or at least maintain the number of women serving time. This is not about letting wrongdoers go free, but using other appropriate measures and giving consideration to the motives behind the crime, such as domestic violence and poverty, during the court hearing. Through this measure, the criminal justice system can better screen females who committed a crime as a result of difficult situations in order to keep them out of prison. The process will make sure that only those who acted with criminal intent will be given jail sentences.

Established in 2011 to enhance the justice system and promote a culture of lawfulness in Thailand through research, education and activities, the Thailand Institute of Justice (TIJ) has played a key role in promoting and supporting the implementation of the Bangkok Rules. As part of its responsibility, the TIJ has been disseminating knowledge related to the Bangkok Rules with a focus on improving the treatment of female offenders inside, beyond and beside prisons. For instance, TIJ has educated officials on the proper treatment of female prisoners, the preparation of a special area for breastfeeding and nursing, the delivery of a better healthcare system for women prisoners, and the provision of skills training to prepare women prisoners for reintegration into society.

Today, 10 full years after the Bangkok Rules have been adopted, Thailand has recognised solid achievements. Fifteen model prisons are in operation. With improved facilities and programmes to support successful reintegration into society of women prisoners, these model prisons also serve as learning sites for other prison authorities to study and exchange best practices both domestically and internationally.

Meanwhile, more than 30 public and private organisations have become social partners who have joined forces in creating the right ecosystem that support former inmates to re-enter society with dignity. It is also hoped that with this supporting ecosystem, the number of recidivisms will be reduced.

Together with the implementation of the Bangkok Rules, the government has taken other actions to improve the corrections system.

In June 2020, the Cabinet endorsed the 4th National Human Rights Plan (2019-2022) and approved, in principle, the Prevention and Suppression of Torture and Enforced Disappearance Bill. Through this move, the government intends to improve healthcare inside the prisons to a level consistent with the services available outside prisons, including the provision of sufficient medical equipment and supplies. Cell space is being increased to support distancing measures and improve ventilation.

Rehabilitation programmes are provided to help prisoners reintegrate into society through voluntary work and vocational training. Certain rules have been amended to allow prisoners to work and receive fair and larger gratuities. With the introduction of these measures, a number of pilot projects have been implemented, among them cafés, restaurants and massage shops run by prisoners whose sentences are about to end. These pilot projects not only enable prisoners to gain first-hand experience but also to generate their own income. The average income of a prisoner is up 141% from 2019.

The government has also approved the Criminal Record Bill, which aims to improve the management, collection and measures for revealing records to prevent stigmatisation of ex-convicts, thus providing them with a fresh start in life.

Recognising that cooperation from the private sector is important, the government is also granting tax incentives for companies and any juristic partnership that hire ex-convicts to encourage the business sector to employ individuals with a criminal record.

But even though some measures have been implemented, much remains to be done, including improving post-release support and the adoption of non-custodial measures.

Prisons should serve not only as a place to confine people who commit serious crimes and are considered a danger to society, but also an institution that support correctional measures and opportunities for convicts. Other measures should and will be used to punish those convicted of misdemeanors, so called “alternatives to detention”, and not necessarily imprisonment. Technology will also play a more important role in the corrections system in the future. Instead of keeping prisoners behind the bars, electronic bracelets will be used to monitor prisoners’ movements.

The Bangkok Rules is not just about advocating gender equality but goes further to protect human dignity and recognises that everyone deserves a second chance. 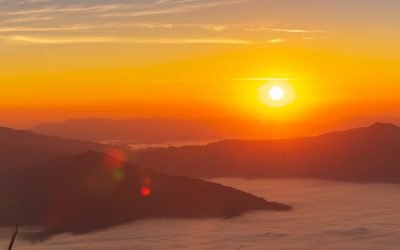