This year, there is a hum of anticipation for the Lesbian, Gay, Bisexual, Transgender and Queer (LGBTQ+) community in Thailand. In May, Bangkok elected a new governor in a landslide victory for Chadchart Sittipunt, who advocated for marriage equality on the campaign trail. A month later, the Cabinet endorsed the Civil Partnership Bill for same-sex unions.

For Pride Month 2022, you’re cordially invited to take a step closer to understanding what it means to be LGBTQ+ in Thailand and how that is about to change.

Thailand has a unique relationship with its Lesbian, Gay, Bisexual, Transgender and Queer (LGBTQ+) community that’s difficult to understand through the Western spectrum of conservative versus progressive. As a majority Buddhist country, Thailand’s conservative elements aren’t associated with religious intolerance of LGBTQ+ identities. Consequently, the conversation around LGBTQ+ rights in Thailand tends to avoid drawing people into debates about faith.

Like other Southeast Asian countries, Thai society and culture has traditionally held the view of there being three genders in existence: male, female, and male-female. This fundamental gender theory has helped to create space for the LGBTQ+ community in Thai society, and there is a growing appetite for LGBTQ-themed content.

The transgender community in particular is strong voice in Thai society. The globally renowned Miss Tiffany’s Universe pageant has been recognizing transgender queens since 1975, and Thailand is often cited as a leading destination for gender reassignment procedures.

More recently, Thailand’s first transgender prime ministerial candidate ran in the 2019 general election. The Mahachon Party’s Pauline Ngarmpring is seen as living proof of Thailand’s acceptance in the political arena. Pauline said, “In Thailand, conservative parties are not necessarily conservative in all aspects.”

While LGBTQ+ people are very visible in Thai society, the country still has a lot of work to do on the legal front. Barriers to achieving full equality in terms of legislation remain.

In recent years, LGBTQ+ rights have been actively advocated by both government and opposition parties, including the conservative Democrats, as well as the liberal Move Forward and center-left Kla parties. All agree in principle on the importance of equal rights for the LGBTQ+ community and see an urgency in pushing for gender equality. Two bills have emerged: the Civil Partnership Bill and the Marriage Equality Bill.

The Civil Partnership Bill—proposed by the Ministry of Justice and approved by the Cabinet—defines a same-sex union as between two people of the same gender, both of whom must be at least 17 years of age and at least one must be a Thai national.

The Marriage Equality Bill—which has not received Cabinet’s endorsement—proposes that the current marriage law be amended to use gender-neutral terminology like “spouse” instead of “husband” and “wife” and “person” instead of “man” and “woman.” If passed, the proposed amendments would allow individuals to be legally married regardless of gender and ensure that they receive equal rights, duties, and protection under the law.

The current civil partnership draft bill, proposed by the government, covers the registration and termination of partnerships between same-sex couples and rules for property sharing, adoption, and inheritance. However, the bill doesn’t yet fully grant rights in some areas, such as changing sexual identity, tax allowance, and government-related benefits as a couple before the law. These would involve amendments to other laws and will thus need to be done step-by-step.

Regardless, the Overton window in Thailand has shifted irreversibly. The country’s political climate has never been more ready to tackle LGBTQ+ rights and gender inequalities.

“There is no going back,” according to Nareeluc Pairchaiyapoom, Director of the International Human Rights Division at the Ministry of Justice.

While Thai law has yet to guarantee full rights for LGBTQ+ couples, some companies are taking it upon themselves to address these issues for their employees.

“In line with the employment policy of its Scandinavian parent company, telecom giant DTAC not only accepts and promotes gender diversity but also provides them with a non-discriminatory working environment. At the moment, DTAC is also working towards providing same-sex marriage welfare to their LGBT+ staff with common marriage rights.”

The Ministry of Social Development and Human Security has made efforts to increase the rights and freedom for the LGBT community. In July 2020, under the leadership of Juti Krailerk, Minister of Social Development and Human Security, 39 government agencies and private companies including education institutions jointly inked a memorandum of understanding (MoU) to reaffirm their commitments to prevent gender discrimination.

“The issue of gender diversity matters and therefore everyone in society should be entitled to stand with dignity in society regardless of their sexual orientation. My wish is to see the gender equality become a norm in society.”

Under the MoU, signatories will strictly follow the guidelines of the Thai Gender Equality Act to create work, education environments, or opportunities that are indiscriminate and accessible to all. Under the MoU, they will:

Despite lingering social stigma, signatories to the MoU have supported LGBTQ+ individuals to be able to dress according to their gender identity at universities and workplaces, changing what it means for LGBTQ+ individuals finding education and employment in Thailand.

A step in the right direction

Those observing on the sidelines may find themselves scratching their heads at the unique contradictions of Thai society’s at-once conservative and progressive attitudes towards the LGBTQ+ community. However, over the past few years, it feels like Thailand is finally putting its money where its mouth is as a bastion of gay pride. Whichever bill gets passed, however long it takes to achieve gender equality under law, it’s clear that the die has been cast, and the country can only move forward. 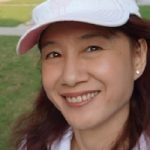