Sometimes I’m asked who my role models are, and in the past, I’ve struggled to give a satisfying answer: who do I look up to as a Thai woman?

But as I put pen to paper (or, in actuality, fingers to keyboard), I find there’s no shortage of Thai female role models. Kamolnan Chearavanont, the co-founder of the Voices Foundation for Vulnerable Children, who spoke as part of the Youth Leaders Against Sexual Violence Initiative at the One Young World Summit. Patima Tungpuchayakul, the co-founder of the Labour Protection Network, who was nominated for the Nobel Peace Prize in 2017. Worapat Saengkaew who continues to maintain crisis centers for gender-based violence (GBV) survivors after GBV incidents rose by as much as 200% during the pandemic. The rapper, MILLI, the first Thai solo artist to perform at Coachella.

For this year’s International Day of Action for Women’s Health, I celebrate another trailblazer for Thai women: Dr. Pierra Vejjabul, one of the first female Thai physicians.

A renowned humanitarian, Dr. Pierra fought hard to tackle teenage pregnancy, women’s education, and women & children’s health. We follow in her footsteps to celebrate someone who chose a life of compassion and devotion—and not always  when it was convenient.

Born as Pierra Hoontrakul on November 27th, 1898 in Lampang, Siam, her parents had given her a rather prophetic name that means “devoted” in Thai. However, her journey to practicing medicine was far from straightforward.

Pierra had applied to train at the Siriraj Hospital Medical School but was rejected because the school did not accept female applicants at the time. Undaunted, she left for Saigon, Vietnam at the age of 16 to study French there for a year. Then, she traveled to France to study medicine at the University of Paris.

By applying for scholarships and taking part-time jobs along the way, she was able to pay for tuition and other expenses. Fifteen years later, she finally graduated as a fully fledged doctor.

After graduation, Dr. Pierra returned to Thailand to practice medicine in 1937. Her accomplishments at home would eventually earn her a new surname, Vejjabul, meaning “complete doctor,” bestowed by the Princess Mother Srinagarindra.

Dr. Pierra went where she was needed and advocated for causes. Returning to Thailand, she served as a medical officer in the venereal diseases division at the Hospital of the Ministry of Public Health, where she was eventually appointed to the position of acting director.

There, she instituted the practice of determining syphilis through blood tests among factory workers and government employees. Dr. Pierra was the first physician to introduce a dual study of venereal diseases through medical and sociological lenses, becoming an educator to the public on the matter.

Dr. Pierra also founded the Institute for Social Welfare for Women in 1938, the Pierra Maternity & Child Welfare Foundation in the same year, and the Association of Women Physicians in Thailand in 1950. At her institutes, she taught mothers the best hygienic and psychological methods for child rearing with the aim of raising the standard of living for the entire family.

While her institutes did important work, Dr. Pierra always sought better ways to share essential public health information. As a result, she went on to publish the first-ever magazine for women and children in Thailand, the Mother and Child Magazine, and gave weekly radio talks on the protection of children, child care, and child rearing, as well as venereal diseases.

Various historical accounts of encounters with Dr. Pierra were nothing short of remarkable. One such memorable account was told by Charlie LaFrenz of Keokuk, Iowa, who served in the U.S. Army and was stationed near Bangkok with the 83rd Radio Research Special Operations Unit (RRSOU).

While in Bangkok, LaFrenz met a woman who had been running an orphanage for 30 years, caring for more than 2,000 children at the time (which doubled over time to more than 4,000 lives), helping to raise children born out of wedlock and getting their mothers back in school. Consequently, her orphanage was covered by the Bangkok Bolt, a military newspaper published by the 83rd RRSOU, and drew the attention of a former first lady.

“I wonder how many would dare to tackle the difficulties this little woman has faced and conquered with as much courage as she has shown.”

What he and the Bangkok Bolt found unique about Dr. Pierra’s orphanage was that she would officially adopt all the children and give them her surname. Several of the Vejjabul children have gone on to become teachers, nurses, news photographers, chefs, and accountants in Australia, Switzerland, the Netherlands, Saudi Arabia, and the United States. In fact, Julie-korn Vejjabul trained as a ballerina in Paris, France. Those who remained in Thailand have continued helping out with the Pierra Maternity & Child Welfare Foundation.

It’s heartening to know that unlike several important women through history who would only be recognized posthumously, Dr. Pierra was lauded by her contemporaries in nearly every circle she graced.

Dr. Pierra was featured in the Journal of the American Medical Women’s Association in July 1951 in Medical Women Around the World as “defying tradition and convention, overcoming family disapproval and poverty,” while Reader’s Digest once featured her in an article, “The Fascinating Woman.”

Dr. Pierra has the distinction of being the first Asian woman to be the recipient of the Spirit of Achievement Award in 1963 from the Albert Einstein College of Medicine, New York. She was also named Chevalier de la Légion d’Honneur (Knight of the Legion of Honor) by France in 1958 and received an honorary doctorate from Ehwa Woman’s University, Seoul in 1966.

Back home, Dr. Pierra was also named Dame Commander of the Order of Chula Chom Klao by the Thai government.

The rise of Thai women in STEM

Dr. Pierra had opened doors for Thai women in medicine, a place initially incomprehensible for a Thai woman in the 1900s. She sparked conversations about the representation of women in medicine and, eventually, STEM (Science, Technology, Engineering, and Mathematics).

In 2019, the International Labour Organization (ILO) and the Ministry of Labour of Thailand developed a new training program for women workers in the electronics sector as a way to mitigate the risks of automation, which threatens an estimated 17 million jobs in Thailand and disproportionately impacts women whose positions require low levels of STEM skills. Since then, over a thousand women have completed courses in data analytics and visualization for manufacturing.

Irawadee Thawornbut, a Thai computer science major at Stanford University, serves as the CEO of Sandee for Good, a startup she founded at the age of 16. The Sandee for Good app that allows anyone anywhere to donate to Thai NGOs all over the country. Irawadee was invited to join the MIT Global Demo Day and the Techsauce Summit in 2019. Her aspiration for the future was to use technology to help humanity.

Irawadee Thawornbut, founder & CEO of Sandee for Good
as quoted in an interview with Techsauce

Being the first can bring many challenges. In the case of Dr. Pierra, she had to toil for over 15 years in a foreign country far from home in order to gain the knowledge and earn the right to practice medicine.

Yet, being a pioneer is not only a badge of honor and prestige, it’s important. If there’s anything we can learn from Dr. Pierra Vejjabul’s lifetime of dedication and devotion, it’s that our achievements can hold meaning for others and the possibilities they dare to imagine for themselves. 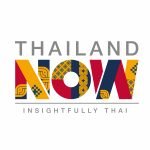 Kamori is a writer, speaker, and researcher seeking to communicate ideas and stories uncovered through history, culture, and people. She is interested in humanitarianism; through her talks on healthy communities with the UNFPA, writings on Thailand’s disabled youth in the workforce and period poverty, and project on gender equity and climate change, Kamori hopes to continue learning and sharing what can be done to help those disenfranchised in vulnerable communities, while celebrating the culture and heritage of those individuals. Learn the Meaning of “You” in the Thai Language As I mull over what to order for a rare dinner...