A destination for international education

A destination for international education

The continued growth of high-quality international schools in Thailand coupled with a broad range of innovative learning approaches and competitive fees are cementing the country’s position as a hub for international education in Asia.

The past decade has seen a sharp rise in demand from local wealthy families, expatriate parents and students around the world, especially from China and the ASEAN member countries, who prefer schools for undergraduate and graduate studies in the region rather than those in Europe or the United States, which are expensive and far away from home.

Also driving the demand for quality educational institutes is the government’s economic initiative known as Thailand 4.0 and in particular, the development of the Eastern Economic Corridor (EEC) and Special Economic Zones (SEZ) in 10 provinces around Thailand to connect with neighbouring countries in terms of trade, economy, and investment.

For expatriates planning to migrate with their families, finding the right school for their children is one of the most important factors. They have to consider their children’s needs and balance these with the availability of exceptional educational institutions that offer more than just schooling, by also supporting each individual child through a thriving learning experience.

The bright prospects for international education are luring more leading companies as well as some of the world’s best-known universities to move into the lucrative private education business in Thailand, mainly in Bangkok and the surrounding area.

U City Public Company Limited, an affiliate of one of Thailand’s largest infrastructure developers, BTS Group Holdings Public Company Limited, in partnership with Fortune Hand Ventures from Hong Kong, invested 5-billion Baht to offer a new choice of innovative learning. Located on 168 rai in Bang Na district, VERSO is the largest international school in Bangkok with a capacity of up to 1,800 students.

Mr. Cameron Fox, Head of VERSO International School, says that the starting point for the project was a simple question: How can we design a new international school that will truly prepare its students for a world that is changing faster than at any other time in human history?

In addition to a new teaching approach, VERSO represents a paradigm shift in physical design. It is the first international school in the world to be designed in partnership with IDEO, which is recognised globally for using Design Thinking, a methodology based on a human-centred design process to find solutions to a problem creatively and innovatively.

Headmaster Mr. Thomas Banyard explains that the school offers a unique curriculum that goes beyond academics with students able to explore their potential in sports, music, and a host of cocurricular activities. Situated in the Ratchada-Rama 3 area of Bangkok with a capacity of 1,500 students, the state-of-the-art facilities will soon include a sports complex boasting an Olympic-size swimming pool, a 600-seat auditorium, and specialist science, music and art resources.

For the early years, each classroom has two teachers – an Early Education Teacher and a Teaching Fellow – both experts in early childhood education. The campus believes that this co-teaching model allows teachers to offer focussed attention to each student.

According to the International School Association of Thailand (ISAT), the number of member schools has grown continuously, going from only 5 schools in 1994 when ISAT was established to 141 today. The majority are in Bangkok and the Greater Bangkok area, with others in Chon Buri, Phuket, Chiang Mai, Nakhon Ratchasima, and Udon Thani.

In addition to the international schools, local leading public and private universities also provide international programmes from pre-prep to undergraduate and higher education. 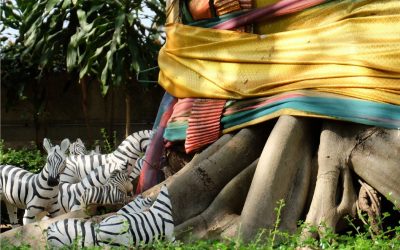